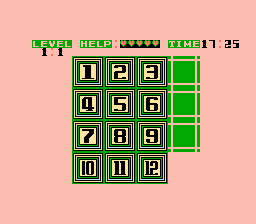 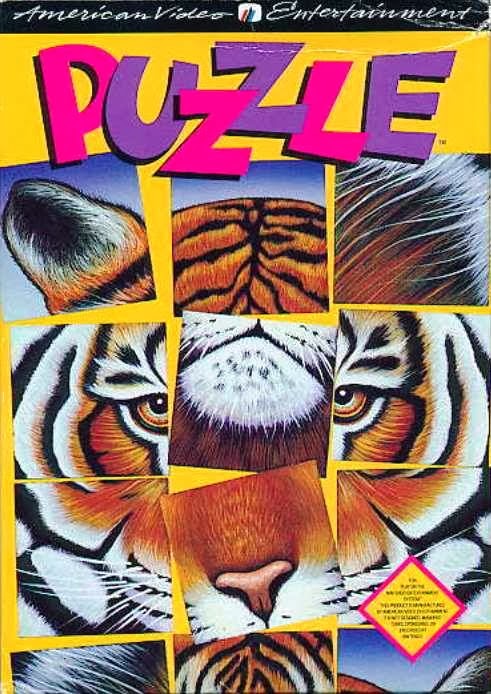 Hey! That’s not where a tiger’s mouth goes.

I did this all by myself!

If you’ve been following the blog since last September or so, Puzzle might seem vaguely familiar. I actually reviewed it as one of fifteen games in the unlicensed Maxi-15 multi-cart. Didn’t read that review? Click here and scroll down a touch to find Puzzle. I’d expand on what I already wrote, but I don’t have much left to say. At the beginning of each level, you’re presented a picture. The game scrambles the picture into twelve tiles and you’re tasked with putting them in the correct order in a select amount of time. If you get bored, press ‘B’ and you’ll be whisked away to a Rock, Paper, Scissors competition with all the extra excitement that brings. Beat the computer at RPS and you’ll win the right to switch any two tiles. I don’t know how many puzzles there are to complete in the game, but I do know that there’s no save feature. If you want to lay the smackdown on the puzzles, you’re in it for the long haul. As part of a fifteen game compilation, Puzzle succeeded as a decent diversion. As a stand-alone game, it feels bereft of content, and frankly, a little old-fashioned.
C
The following two tabs change content below.