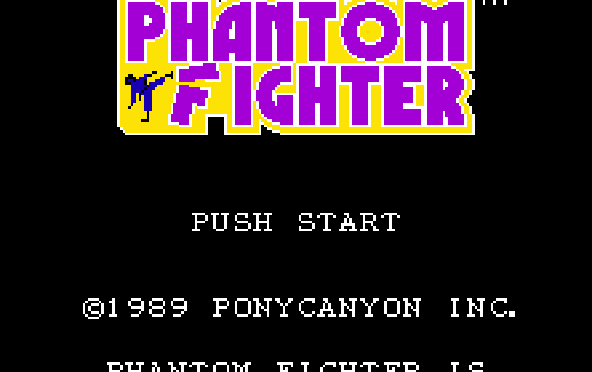 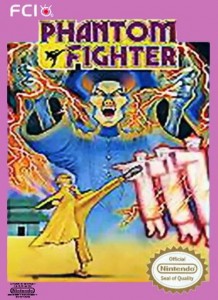 Phantom Fighter now has its own fruit snacks, complete with Banana Heroes and Strawberry Kyonshi! 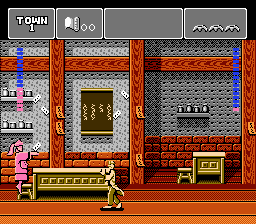 Are the enemies’ hops supposed to be intimidating? It’s more pathetic than scary.

Kyonshi Fighter doesn’t sound as cool as Phantom Fighter, but it is a more accurate name. Kyonshies are all you’ll be fighting against in Phantom Fighter, and if you’re thinking, “Kiyawnshi? Sounds like witchcraft!” you’re absolutely incorrect! Kyonshies are the Japanese name for a Chinese “hopping” vampire or “Jiangshi.” They hop with stiff, outstretched arms and long, obnoxious claws, and they wear clothes from the Qing Dynasty (thanks Wikipedia!). Unlike the vampires in America, kyonshi can’t experience unrequited love or have chiseled marble six-packs. Kyonshies are our version of zombies: soulless, mindless corpses who only seek to feed. And hop. And claw your face off.
In Phantom Fighter, you play as Fabled Warrior from a Distant Land No. 037 (complete with inferior sidekick who calls you “Boss”) and you’ve come to rescue eight villages from the “Hoppin’ Mad” Kyonshi Invasion (really, hopping vampires? they all look like Frankenstein bunnies!). Each village has a number of houses and graveyards that have been taken over by these evil creatures. Use your awesome karate powers of kicking, punching, and moving to cease their infernal hopping and win the hearts of the villagers. By clearing each area, you acquire scrolls, which can be used to learn new moves at each town’s training hall. The new moves – more powerful kicks and punches, mostly – are your only real incentive to move forward. Were it not for these upgrades, Phantom Fighter would be one of the more tedious games I’ve played in a fortnight. Phantom Fighter‘s complete strangeness lends it a certain freaky charm, but much like a Kyonshi’s brain cavity, it’s hollow inside.
C+
The following two tabs change content below.