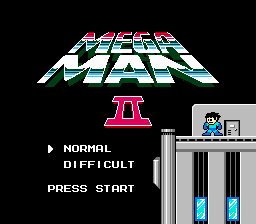 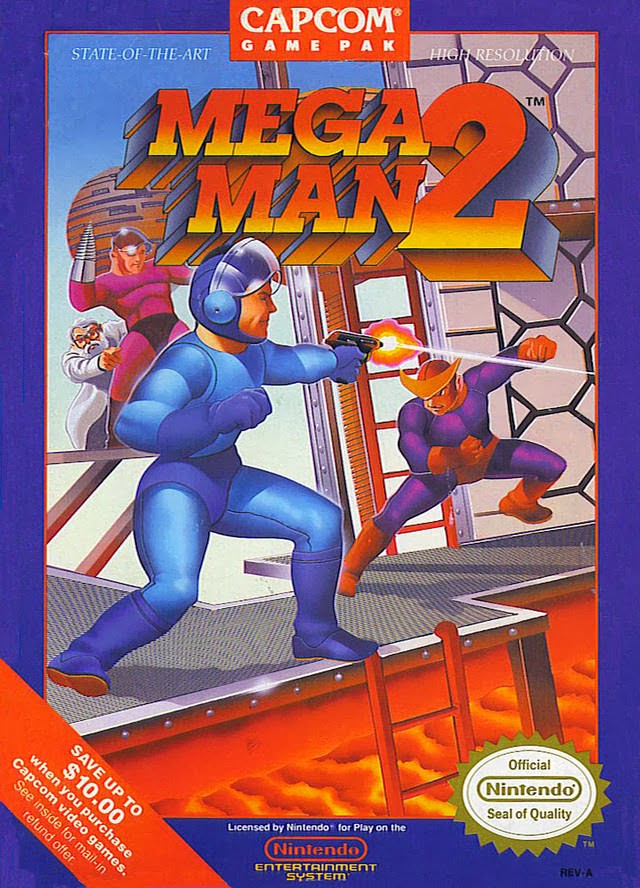 Well… getting better, anyway. Mega Man looks like a grizzled old cop, but other than that, pretty solid. 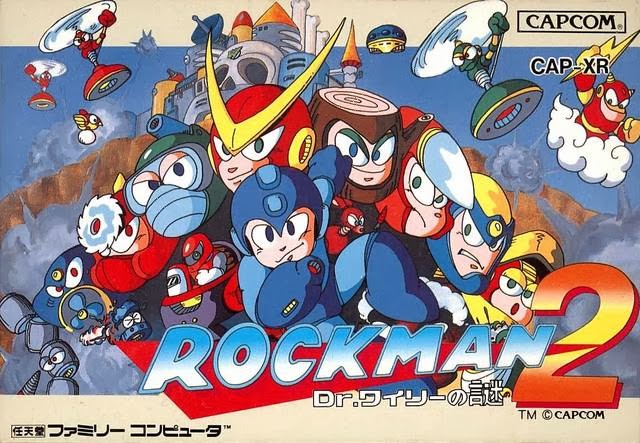 Fantastic cover art, yet again, for the Famicom version.

The original Mega Man may have kicked off the series, but the success of Mega Man 2 ensured its longevity. Because the sales of the original Mega Man were pretty weak (GEE WONDER WHY IT DIDN’T SELL WELL IN AMERICA, CAPCOM), Capcom wasn’t exactly thrilled to greenlight a sequel. They eventually agreed to it, but only if the development team used their spare time to work on it. Basically, Mega Man 2 would never have been made, if the developers didn’t have the drive and motivation to work extra-long hours to complete it. But they did. After three-to-four months of brutal twenty-hour work days, Mega Man 2 was born and the still-burgeoning gaming world had a new classic.

Mega Man 2 takes the original’s gameplay – beat bosses in any order you want, then go fight Wily – and streamlines it for an all-around smoother experience. Much of this has to do with the well-balanced and significantly reduced difficulty (unless you’re playing on Difficulty mode – more on that later). In the original, some stages (Cut Man) would be a cakewalk, while others would be a nightmare (Ice Man, Dr. Wily Stage 1). There’s difficult moments in Mega Man II, certainly, but they’re moments: elements within a stage that are easily conquerable with a couple extra tries. On the start screen, there’s a Normal Mode and a Difficult Mode; the latter is actually the original Japanese version of the game. In Normal Mode, which is what I played through this go-round and what I imagine most players have beaten, Mega Man’s attacks deal twice the damage against the Robot Masters, and regular enemies hit points are halved*. These are the only differences I could find between the two modes, but there might be more. Also, Capcom really goes over and above with the power-ups on this game. E-tanks (in their first appearance) and extra lives are scattered everywhere, it seems, while extra health and weapon refills, are freely given from the corpses of enemies. The prevalence of the power-ups is certainly welcome after the stinginess of the original. New features include the aforementioned E-Tank, a life refill, and three items designed by Dr. Light to use throughout the levels; these items have power meters, and the more you use them, the more power drains, just like the boss weapons. The first item is a little helicopter you can use to stand on and take you upwards to unreachable items or ladders; the second is a propulsion platform that you can use to fly across chasms and spikes; and the third is a weird little bouncy elevator that acts exactly like the helicopter. These items were later refined into the design of Rush, Mega Man’s adorable, transformable robot dog.
*I have also vanquished Mega Man 2 on the Mega Man Anniversary Collection for the Gamecube, and apparently, “Normal” difficulty on the Collection is actually “Difficult.” This would explain why Mega Man 2 on the NES seemed incredibly easy to me. The more you know!

I should mention the intro cinema, as it’s one of the greatest video game intros of all time. A city at night, covered in oppressive black. One tall building stands out in the foreground, while the history of Mega Man, Dr. Light, and Dr. Wily is told via text below. A slow lullaby plays softly in the background. Suddenly, the camera scrolls up the tall building, and the music changes to a questioning tone. The camera reaches the top, the music explodes into a mission statement, and there’s Mega Man, helmet off, black hair blowing in the wind, and a ever-determined visage. How could anyone resist Mega Man 2 after such a build-up? 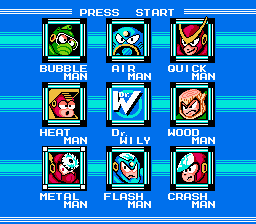