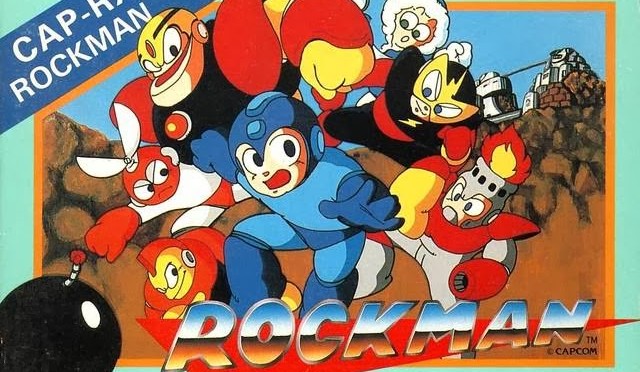 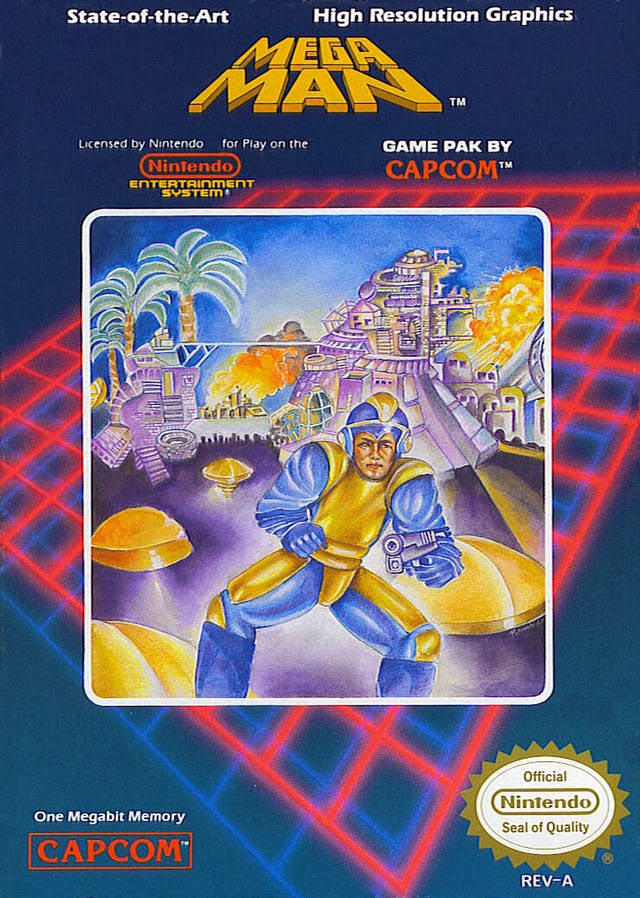 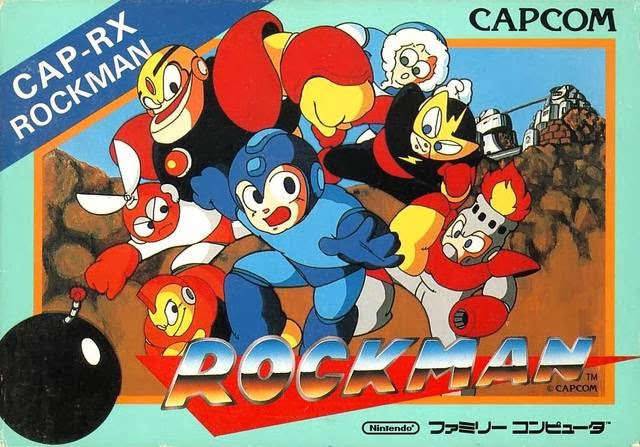 Once again, Japan brings it on home with this excellent – and accurate – Famicom cover.

Did you see that cover for Mega Man? Of course you have, dozens of times, and it’s always as bad or worse than you remember. If you rented this game in 1987 thinking it would be good for a chuckle, you were dead wrong, but at least your logic had merit. If you rented the game in 1987 thinking it would be a good game, then you’re not judging a book by its cover and you’re probably a better person than most. And hey, you were right.
The original Mega Man is a good game, but it definitely feels like the anomaly of the Original Six, and perhaps rightfully so. It was one of the first action platformers from Capcom, a company known at that time for making arcade games, which are based less in progression and more on how high of a score you can get. While Mega Man was very much designed for a home console, Capcom still tried to make acquiring a high score a key element to the gameplay. Each of the six bosses is worth a certain number of points. Enemies drop point pellets, which are then tallied up after you defeat a boss/level, and added to your total score. If Capcom wasn’t obviously trying hard to integrate in the points system, I’d say it feels like an afterthought. Honestly, I wonder if players in the Eighties cared about getting a high score. Mega Man had such a fresh approach to the still new action-platforming genre that I can imagine points being the least of gamers’ concerns. Playing this in 2012, I certainly cared less about points and more about not dying before getting to the boss. Other strange features of the first Mega Man include the bizarre “lightbulb” appearance of the health pellets (in every other Mega Man game, the health pellets are simple blinking lights), and enemies appearing in the corridor before the Robot Master (as if the level wasn’t hard enough already). For those who have played other Mega Man games, the first one certainly doesn’t feel as polished as the later entries, but it has a certain roughneck charm that distinguishes it from its brethren.
TOMORROW: Everything else. The levels, the bosses, the power-ups, the music. It’s gonna be a chunky post.
The following two tabs change content below.