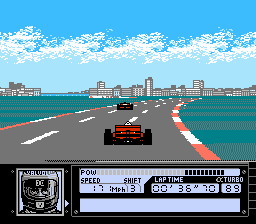 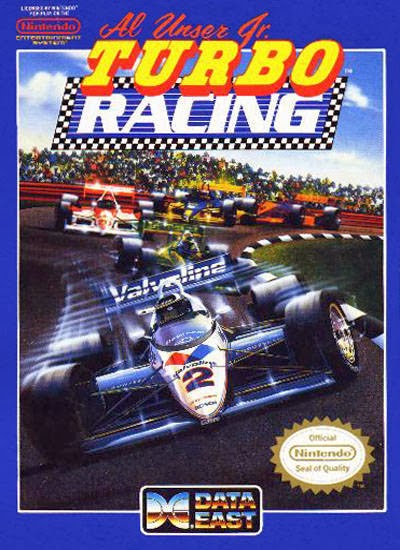 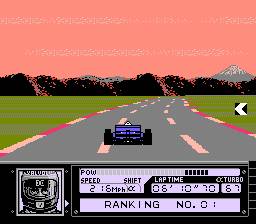 Al Unser Jr’s Turbo Racing is boring. There’s no other words to describe it, unless I want to go overboard and say it’s “egregiously boring” which makes me sound like a critical snoot. Simply saying “it’s boring” is kind of boring, though, so instead of being boring or a critical snoot, I’ll call this game “boredom a-go-go!” because it’s catchier and makes me chuckle.

Turbo Racing is as close to a racing sim as you’re likely to get on the wee Nintendo. You have a couple different modes: Time Trial Mode A, Mode B, and World Grand Prix Championship Beyond Thunderdome. The latter is where you hope to spend most of your time, since it’s, you know, the game. But you will have to practice some in the Time Trial Modes because it’s near impossible to beat the times of your competition. Practice, practice, practice and then… you probably won’t win. The point of a racing sim is to make the races appear difficult, until you practice enough and a once unconquerable challenge becomes doable (see: Gran Turismo). Practicing with your car has to be fun and give you a sense of accomplishment. Turbo Racing stomps on your hopes of accomplishment.

The overall blah-ness of Turbo Racing is a shame, since the technical components aren’t that bad. The graphics could use a little work, but they get the job done; extra point for the day-to-night switch as you progress in your races. Music is decent, and since you get to pick from four different styles, you’re bound to find one that suits you. Steering your car feels fairly natural, as it should, but since it’s so difficult to win, steering hardly matters.

The man that made this game possible. Take a bow, Al! (thanks to autoblog.com for the fine photo) 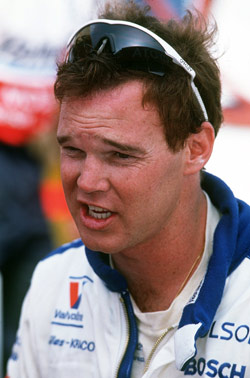