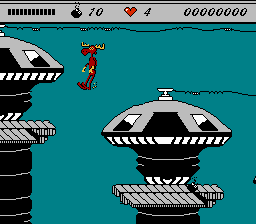 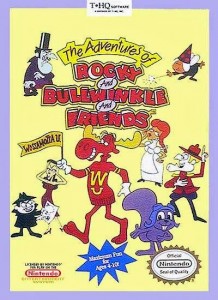 Must we treat our children like brainless meat puppets… 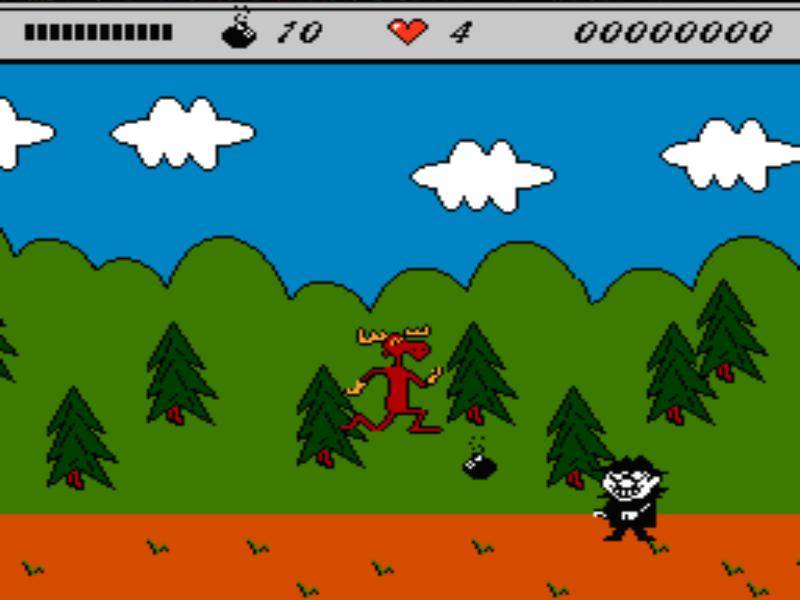 Well, they replicated the crappy art aesthetic from the show. That’s something.

Where to begin? I’m not really an angry guy, as my friends will attest, but I can understand how games like this birthed the Angry Video Game Nerd. This game should have never made it past the conceptual stage. No programmer should be content with a game where using your special move (a special that’s required to destroy enemies or progress in the game) decreases your health; where you can’t possibly avoid enemies, so you have to just absorb hits; where every section of the game spells “paycheck” and nothing more. Rocky and Bullwinkle was released in the early ’90’s, a time when excellent games were around every corner. Radical Entertainment should have paid attention.