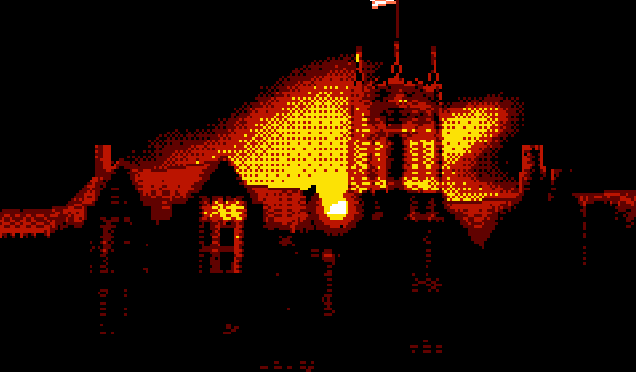 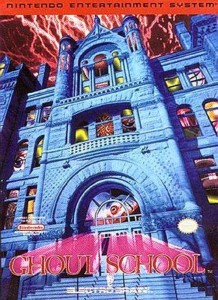 Can you believe admission to this place is $20,000 a year? I better learn so much, my brain literally explodes with knowledge. 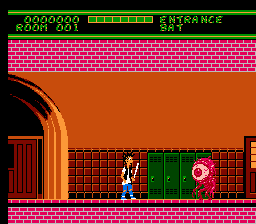 Well, somebody’s been up all night studying.

You are random Joe Gamer, Esq. at a used game store. You are searching through a bin of cheap NES games. Nothing is intriguing you, until you happen upon a title named Ghoul School. All it comes with is the cartridge, no manual, nothing. It costs two dollars. You shrug, buy it, and walk out of the store.
Once you get home, you plug it in, play it and wonder what exactly you’re supposed to do. The main character is an “edgy” teenager who has to defeat the ghouls that have overrun the school with a baseball bat. The ghouls all have specific movement patterns and most of them are easy to learn. You realize quickly that you have to learn them. If you get hit, you fly in the opposite direction away from the enemy. This makes you frustrated when you’re trying to ascend or descend stairs and clusters of enemies congregate around the stairs. In the school, there are hundreds of lockers that line the wall. The teenager can hide in them, but you don’t know why. Surely this has purpose later in the game…? There are also classroom doors that line the wall. Your character enters every single classroom door that you can find. The only thing they seem to contain are more obnoxious enemies and health. Ironically, the teenager didn’t need the health until he went into the classroom and faced the enemies.
Nothing is making any sense at this point. Classrooms lead nowhere. Going up or down stairs and seemingly progressing have literally led to dead-ends. At one point, the teenager runs into a barrier of human bones and a Medusa head that can kill him with one hit. What are you, Mr. Gamer, to make of this? The angry side of you wants to run it over with your car in front of the used game store that sold it to you and drive away cackling maniacally. The rational side of you wants to put it in your collection and save it for another day; perhaps you’re missing something. What you actually end up doing is going back to the used game store and, when the clerk isn’t looking, put the cartridge back in the used game bin. Now some other unlucky schmuck will know what it feels like to enroll in Ghoul School. You leave satisfied.
F
The following two tabs change content below.