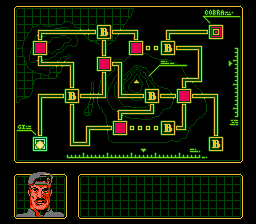 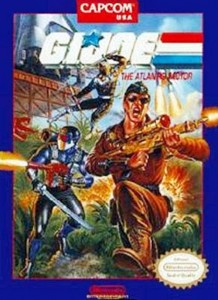 Remember kids, whenever you’re firing a sniper rifle, make sure to yell and shoot with no regard for anything. 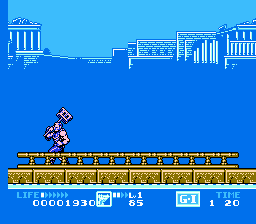 “If it ain’t broke, then don’t touch it because you’ll probably end up breaking it!” I’m pretty sure one of my well-meaning relatives uttered something similar to it at one point or another during my youth. At any rate, it very much applies to this sequel to the well-received-by-me G.I. Joe. There’s nothing wrong with The Atlantis Factor, except for where the developer KID messed with the formula. First off, they shouldn’t have removed the ability to play as three different Joe members right away. Instead they add characters as you progress through the game. This would be alright, but when the game is as difficult as it is, one can quickly grow weary of the many deaths you’ll incur at the hands of Cobra. Having a variety of members at your disposal, as in the first game, would lighten the load significantly. Also, weapon upgrades return, but you have to manage them more effectively. As you kill enemies, they release power upgrades that bounce wildly. You must get them all and upgrade your guns as soon as possible, and once one character’s gun is upgraded, it would behoove you to switch to another character and upgrade their weapon. If you don’t manage this properly, you will lose several boss battles. It’s a shame because The Atlantis Factor is a decent follow-up, save for these annoying quirks that quickly drag down the game.
C
The following two tabs change content below.