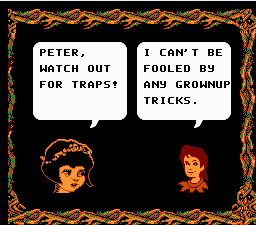 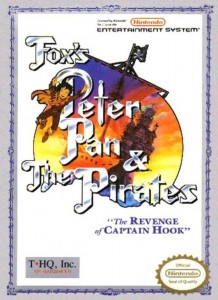 Peter jumps into the white oblivion. 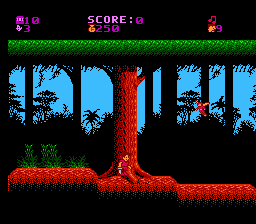 Just a hobbit trying to make it in a elf’s world.

Was the cartoon upon which this game was based really popular enough to warrant this half-baked adaptation? Perhaps, but that still doesn’t make Fox’s Peter Pan and the Pirates worth caring about, let alone playing. Control Peter Pan through nine levels of torturous whimsy (nine-ish levels – some of them are repeated with slightly different color schemes), and dismember pirates without a care. In the upper-right hand corner of the screen, there’s a pirate-o-meter, showing how many pirates are in each level. Kill all of them, or else Wendy will chew your ear off at the end of the stage. For a supposedly agile character, Peter Pan is quite the squatty creature here. Yes, he can fly, but not very well; too many Neverland brownies, not enough squat thrusts. Sometimes you’ll need to fly to reach special items or get some more health, but most of the time, your jump is far more useful. Nevertheless, if you do feel like flying, keep an eye on your flying meter in the middle; it drains rather speedily. Killing pirates is all there is to the whole game, by the by. Get rid of all the pirates in Neverland. Fair enough, I suppose, but why is Captain Hook at the end of every stage? If you kill him once, he shouldn’t resurrect eight more times before calling it quits. For that matter, where are your Lost Boys? I’m not sure what kind of service they could provide, but they might liven up the game. And what is with your measly kitchen knife of a weapon? Any time you stab anything – pirate or winged creature – you take damage. Worthless, Peter Pan is. Utterly, utterly worthless.
F
The following two tabs change content below.