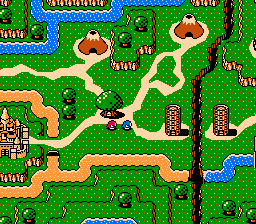 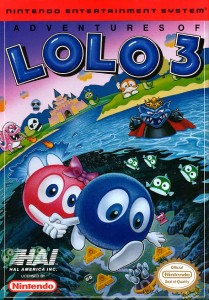 Man, global warming has really gotten out of hand in Eggerland. 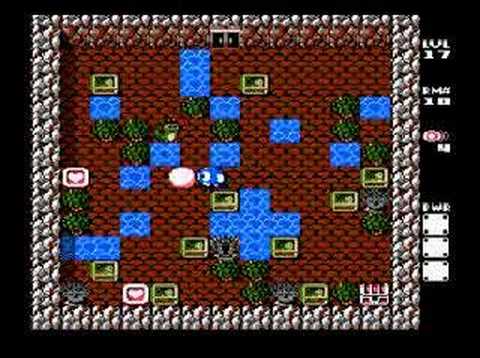 Sadly, our little blue hero’s adventures have come to an end with this, the third and final chapter in the Lolo series. I’m not sure how popular these games were back in the early 90’s, but this series could definitely use some reviving. For crying out loud, HAL Labs is super swoll with cash from Super Smash Bros! It could afford to satisfy the few Lolo faithful out in the world with a downloadable title or something.

Whatever. It probably won’t happen, so enjoy the NES trilogy! Actually, if there are any of you out there who are gaga for Lolo, may I recommend checking out some of the earlier games in the series for the MSX and Famicom Disk System. Yeah, yeah, emulation and all that, but these games are definitely worth seeking out. Don’t bother looking for titles in the Lolo series, though. The series actually began as Eggerland in Japan, with Eggerland Mystery and Eggerland 2 both coming out for the MSX and the FDS. A couple “enhanced” ports of Eggerland 2 followed on the Famicom, then HAL decided to port over Adventures of Lolo to the U.S.;  Lolo 1 is actually just 50 “easier” levels from the older Eggerland games. Your gaming knowledge for the day! For more info, check out hardcoregaming101.net. 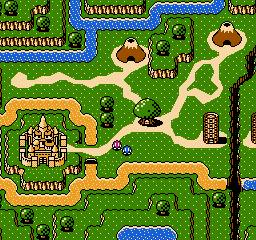 Lolo 3 plays like the last two, as expected, but there are a couple new changes. For starters, you don’t simply progress from floor to floor. The game is set on a world map and each “dungeon” takes place in different environments, like a tree or a tower or a mountain. You can play as Lolo’s girlfriend, Lala (living in sin, are we Lolo?)… which is essentially playing a pink Lolo. And there’s a new enemy, a whale named Moby that can suck you towards him. The difficulty curve is also a little bit easier this time around than Lolo 2, which is a relief. With the initially less demanding difficulty, however, there are more levels to complete, so the game does eventually get butt-crunk challenging on one’s noggin.

If you haven’t played this series and you’re a NES fan, what’s wrong with you? You can find all the games used for less than thirty dollars, and it’s worth every penny. Go, stop reading, DO IT NOW! 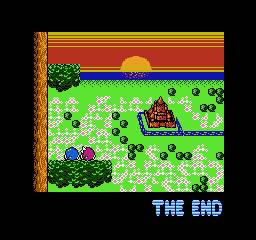 Until we meet again…