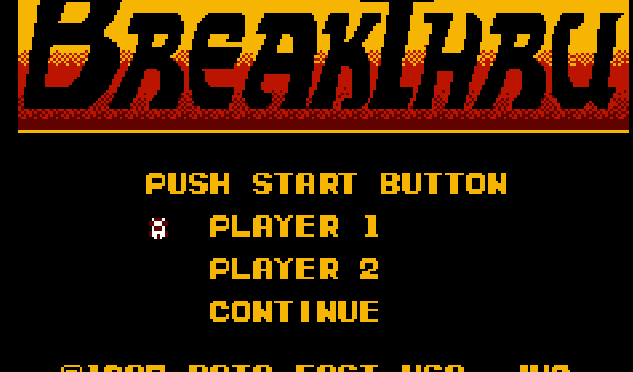 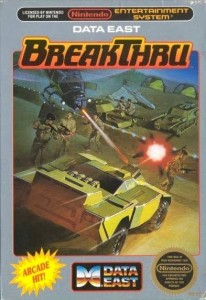 When cadets get drunk… 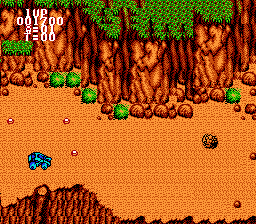 I was really hoping for a more midnight blue on the tank, but you can’t win ’em all.

So I guess I’ve finally “broken through” to 100 game reviews!… yes, I’ll wait until the two of you stop laughing. It’s ok, it really wasn’t that funny of a joke, or a joke at all. Moving on… I’d like to thank everyone that’s been keeping up with these “daily” bundles of joy! I’m not sure what I had in mind when I first started, but I certainly wouldn’t have envisioned getting to the 100th review and still being on the letter “B,” that’s for sure. For those that are curious, yes, I still love writing these reviews if only because I feel complete freedom to write however I want, depending on my mood. Personally, I feel that real game journalism or criticism is a good thing, but writers do have a tendency to take game reviews too seriously. As a result, the majority of game reviews tend to sound very similar. I wanted to switch it up a little bit, which is why, unless a game is just fantastic and should be addressed as such, I try and give a light-hearted/craptacular feel to each review. It makes me happy and it’s different. Not all of my reviews hold together as well as they could, and I don’t probably give as much time to games as I should, but that’s what makes the reviews special, con sarn it. They’re just so darn slapped together! Thanks again for reading, and here’s to approx. 665 more reviews!

When I saw that Breakthru, a game I had never played or heard of, was to be my number 100, I got out my gamblin’ dice, blew on ’em, shook ’em up real good, and threw ’em on my Texas Hold’em Poker Table for some reason. You guessed it: snake eyes. The worst part about snake eyes is, until the dice both land, you think you have a shot at a higher number. Breakthru begins like it’s going to be a decent NES adaptation of a game obviously made for arcades. You’re a truck, you’re plowing through the mountains, you’re shooting stuff that comes at you. It appears to be total Eighties greaties, and it complemented my viewing of “Predator” this evening (seriously just watched “Predator” for the first time tonight – my abs grew by thirty percent!). But then, as the amount of cheap deaths grew and grew, the other dice landed and I wept. My one-hundredth review was to be… a crappy game.

Breakthru would be a rip-roarin’ good time, if it weren’t for the crappy controls. Instead of pressing “A” to accelerate, like every other NES racing game ever, you push right on the “D” pad. This frees up the “A” and the “B” button to be “jump” and “shoot” respectively. A seemingly wise decision, until you realize that going fast is tantamount to instant death, and slowing down is tantamount to a slower death that you can easily see coming, so you’re free to shout “NOOOOO!!!!!” as your truck explodes. I’m going to paint a picture of the first level: you’re driving fast, shooting stuff, dodging out of the way of trucks and what-have-you, when suddenly, a rainstorm of boulders falls on you and you die. Alright, take it slower. You do this, shoot up the boulders after they fall, and they can’t hurt you. Perfect, until you run into an avalanche of rocks that you can only jump over when you’re going fast. So after experimenting and finding what I believed to be the perfect mix of precision, speed, and awesome, I propelled my truck forward past the falling boulders, past the rock avalanches (two separate things, trust), and finally, two large missiles came out of the sky and made me explode. And yes, after trying to get past the missiles repeatedly, I cursed the number one-hundred with all my might.

When you “game over,” the title screen comes up and the cursor is automatically set to continue. I’ve seen games do this before, and have been able to turn them off without issues in the past. For some reason, despite my disgust for Breakthru, I couldn’t stop playing it; simply because the cursor was set to continue instead of “Player 1.” I kept playing it and playing it, and dying and then dying some more, until finally, I set the controller down and realized I had a problem. Why was I playing this masochistic game? I needed something that was less entrancing, addictive, and horrible. With trembling knees, I stood up and saw the poker table where I had rolled the dice. I smiled as I had an epiphany. Enough with these terrible Nintendo games! Gambling shall be my new hobby! So now I’m off to the casino on the senior bus and I don’t know if I shall return to these reviews. Let it be proclaimed now and forevermore that, even if I don’t make it out of the buffet line alive, Breakthru was a soul-shattering game.