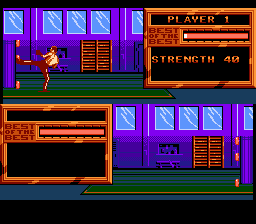 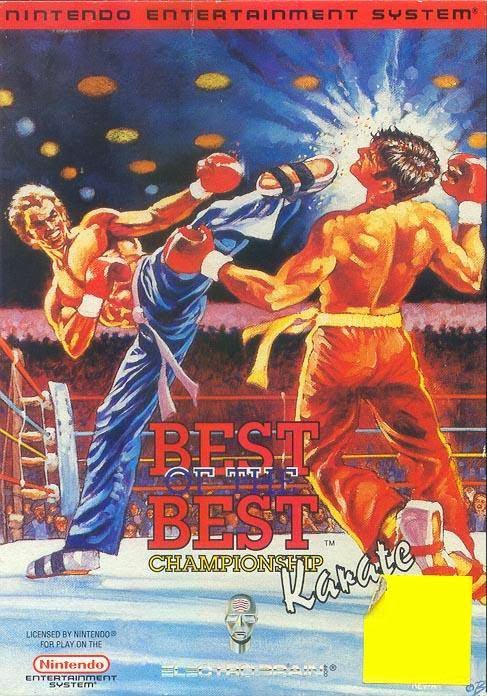 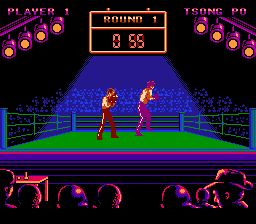 Tsong Po takes little to no guff, so beware.

Electro Brain went all out with this “Eric Roberts” simulator. The game begins on a standard screen showcasing Player 1 and Player 2 ready to duke it out. You have a few options: you can change your player’s name, do some training, select different hitting styles, look at rankings of each of the fighters. Believe me when I say, Electro Brain was trying to do their homework and make a no-holds-barred karate championship simulator. But when traditionally “simple” fighting games, like Street Fighter II, can barely be ported over to the NES without them being terrible, I question why a company would attempt to bring over a game that attempts to recreate realistic fighting.

If Electro Brain was serious about such a venture, they should have rescued the unresponsive controls from the chunky soupy abyss that the buttons are immersed in. Controlling your character is about as easy as wading through a vat of syrup, and not nearly as tasty. Ultimately, the controls and the questionable “move” list – where you essentially just mash buttons until your character does something – destroy whatever chance of playability the game has. If you are a NES masochist who likes to sweat and bleed through every game in the NES library, please, for your sake, stay away from this. You’ll likely be stuck on the same first fight for years to come.

Well… maybe someone would enjoy this game, somewhere, but it’s hard for me to get any pleasure out of a fighting simulator with just two buttons that barely respond. The character animations are nice, but it doesn’t matter when my player’s actions take forever to connect with my opponent. And I could never tell if I was hitting the other player or not. The only move I could do repeatedly was to trip my opponent, but doing so would always make the match stop for a couple seconds. I dunno: if I’m looking for hardcore fighting action, I’ll mosey over to one of the newer Virtua Fighters. Those have more moves and they’re still not very fun, so all in all, the lesson learned here is, it’s better to be Eric Roberts than Phillip Rhee. Roberts escaped.