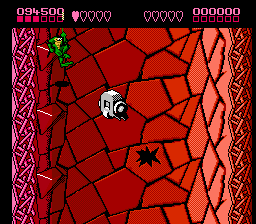 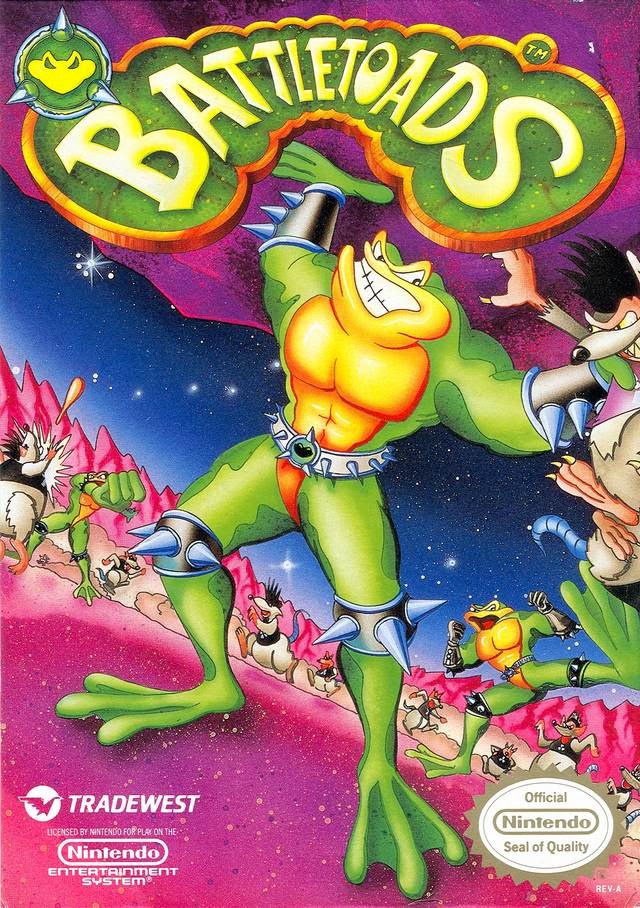 Perhaps it’s my “inner child of the 90s” talking, but this is a well-done, amusing cover. Even their logo in the upper left-hand corner is cool. 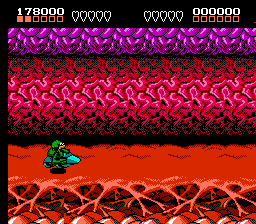 Battletoads is a spectacularly difficult “Teenage Mutant Ninja Turtles” rip-off that manages to transcend its radical Nineties atmosphere with varied gameplay and ridiculous humor. Rash, Zitz, and Pimple are the Toads that Battle against the evil Dark Queen and her squad of evil pigs. While most side-scrolling beat-em-ups employ monotonous punch-kick-punch throughout every stage, Battletoads adds in different styles of play for a more fully-rounded game. In stage two, you’re rappelling down a large hole, combating crows and mechanical obstacles along your descent. Stage three has some standard fighting, but it also has a racing section where you have to glide around and jump over obstacles. Unlike most beat-em-ups, playing with two players actually makes the game harder. In certain sections, in particular the racing segments, if one Toad dies, both Toads die. That’s pretty ludicrous, but to be fair, Battletoads isn’t like some NES games where the challenge stems from wandering around aimlessly, or from enemies that constantly bombard you. Each stage can be beaten with enough time and practice.

I don’t recommend Battletoads for everyone: if you’re a fan of leisurely strolls through the park and warm summer days, you’d be advised to stay away from the Toads’ quest. If, however, you like the feel of brass knuckles against your face or you like to sit outside in -20 degree weather and feel the frost grow on various body parts, indulge.