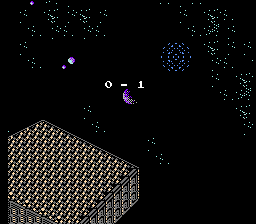 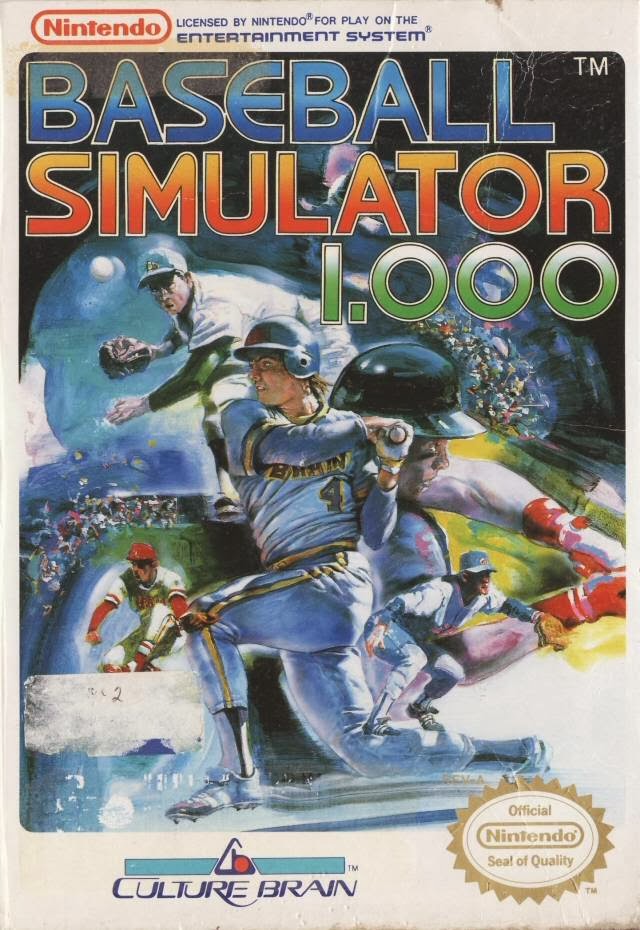 Why, yes, I am playing baseball in space!

Well, kiss my grits! Baseball Simulator 1.000 plays like an updated, well-rounded sequel to the original Baseball and that makes for a crotch-itchin’, chaw-spittin’ hoot and holler. BS 1.000 is less of a noodle-scratchin’ simulator and more of a deliberately paced jaunt through an arcade. You have your choice of three leagues – the Atlantic League, the Northern League, and the Ultra League – with six teams available in each league. Unless you’re crazy, you’re picking the Ultra League because you automatically get special hitting and pitching powers. Why the programmers threw in the Ultra League as an option at the beginning is strange, as it seems like it would be a mighty fine unlockable. So it goes. You can play in an exhibition game or you can play through a season. Seasons are the way to go if you have a friend at your disposal (you can play up to 165 games in a row if you’re that bored and crazy!), but if not, an exhibition game will probably be all that you will need. Unlike Baseball, your characters are far more competent in the art of catching and throwing. Also, you can switch players in-game if need be. Press ‘Start’ and ‘A’ and switch between batters if you’re hitting, or if you’re pitching, switch between pitchers or your in-field or out-fielders. Your pitcher will probably be the only player that gets tired; after a couple innings, they start to sweat sumthin’ fierce. Baseball Simulator 1.000 is well-executed and completely satisfying, like Grandma’s old-fashioned apple pie or some other beaten-to-death cliche’.