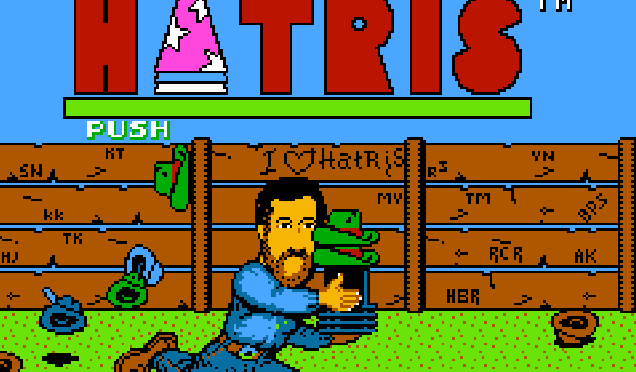 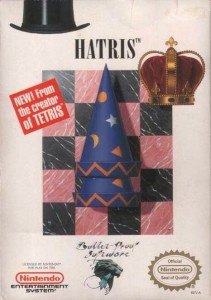 Hey, a job is a job. You’d feel gypped too if you created one of the best-selling videogames of all time and got cheated out of well-deserved royalties. 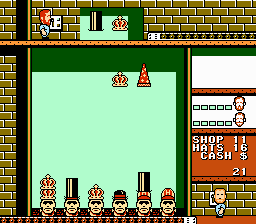 Do not be alarmed. Everything is basically fine.

Tetris is a game that almost everyone knows, yet the poor creator Alexey Pajitnov is virtually unknown outside of hardcore gaming circles. To say he got screwed out of well-deserved fame and royalties is a generous statement. In1996, he founded The Tetris Company, and only then did he begin to see any money from the several hundred versions of Tetris published. In the meantime, he had to make do with other ventures, like developing… Hatris? Like Tetris, except instead of re-arranging geometric shapes, you re-arrange… hats?
Yes, in Hatris you play a factory worker who arranges hats atop severed heads. There are several different varieties of hats (and heads, for that matter) and they all come out in pairs. To make the hats disappear and collect money for your hard labor, you must pair them in rows of five. Do this several times and the foreman will make the machine go faster and faster until you can’t keep track of the hats and they have to cease production because top hats are spilling everywhere and the heads are starting to turn. At least you can venture home and sleep soundly knowing you made an honest day’s living, I suppose (better not to ask where the company got the heads).
To be fair, the game is essentially a rip-off of Yoshi more than Tetris. Whereas Yoshi benefited from, well, Yoshi and Mario, Hatris is too boring to benefit from the admittedly endearing strangeness that seeps through the game. I’m glad Alexey Pajitnov started getting paid for Tetris somewhere along the line. The gaming world doesn’t need his depression.
D
The following two tabs change content below.