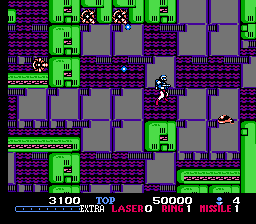 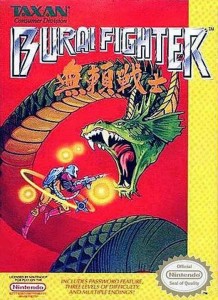 Covers can lie, but this one doesn’t. This game is solid. 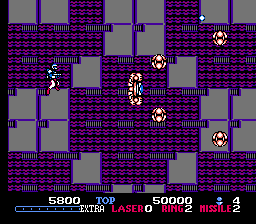 Holy smokes, this game is hard.

So the name Burai Fighter sounds ridiculous. I have been known to judge in haste, though, so I discovered, through the power of Google, that the word “burai” means “villain” or “villainy.” Replace “Burai” with “Villain/y” and you have “Villainy Fighter,” which sounds much, much worse. Burai it is, then! For such a silly, misguided name, Burai Fighter is a solid little shmup. It doesn’t really break ground in the genre, but it does give me pleasure to die repeatedly in my many attempts to beat its stages.

You play Chuck Thunderstone, retired mercenary for hire. You’ve been called out of retirement for one last space run. Seems some “villains” have been running amok in space and you’re the only one who can “fight” them; floating stingwrays and such – the real baddies of the galaxy. Your task, which you can and will accept, is to destroy everything you can whilst in space. None of the above might be the actual story, but I did summarize the gist of the game. Instead of piloting a spaceship, you are simply a floating body in space with a gun. If you see something that moves, shoot and destroy. There are the standard weapon upgrades to prevent you from getting bored with your weaponry, but apart from that, this is standard stuff.

The whole concept of a man floating in space and shooting works better than it might sound because Senor Thunderstone can turn in eight different directions. That’s right: instead of simply being able to shoot to the right in a straight line, you can shoot up, down, left, right, and diagonally. When I first realized this, I was stunned. Surely an NES shooter couldn’t be this ahead of its time! The controls work well, although they take some getting used to. Strangely, for a shmup, there aren’t a lot of enemies, but that works to your advantage. Since you, as a person in space, are a larger sprite than most ship sprites in other games, it is easier to navigate around the enemies and their blue projectiles they spew at you. Also, unlike most shmups, you can touch the foundations of the level and not die. For example, if you hit a wall in the level, your man will not explode into a million pieces; only enemies can do damage. Beware: your size is a hindrance when you’re fighting bosses. There’s about a zero percent margin of error you can make in your movements, so deaths will come quickly and without mercy.

Had Burai Fighter been able to distinguish itself more from some of the other shmups of the day (R-Type, Raiden, Life Force, etc), it could have become a solid little franchise. Unfortunately, compared to a lot of other shmups, it lacks any real graphical prowess or a distinguishing feature to call its own. If you’re a shmup fan, though, don’t write it off. Underrated and undiscovered gems are always a blessing to find in this slowly disappearing genre.