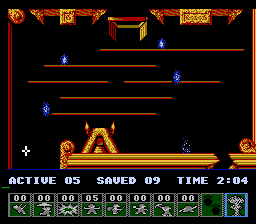 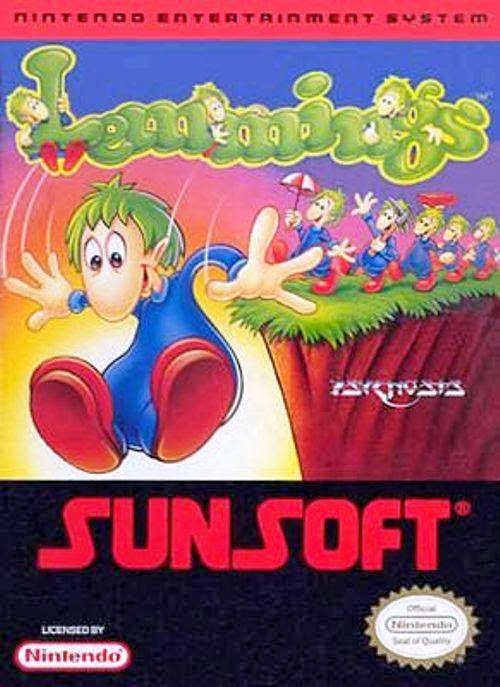 Lemmings are the gaming equivalent of cheap slave labor, which is why almost every system, from the Amiga to the CDi to the friggin’ Vita, has been graced with their presence. Guide unaware creatures in blue robes from one end of the stage to the other by making them perform various parlor tricks, such as: digging holes, building ladders, head-bashing through walls, and my personal favorite, exploding self-sacrifice. It’s harder than it sounds. At the bottom of each stage is a row of pictures showcasing the various Lemming tasks. Once you select a task for your Lemming, move the cursor over him, press ‘A’ and watch him do his stuff – in theory, for the good of himself and his brethren. You have a limited amount of tasks per stage so use them wisely. The more difficult the stage, the more tasks you’ll have to assign to your Lemmings. You’ll also have to be considerably more careful with your Lemmings placement, as later stages will not allow for one false step. This easy-to-play, hard-to-master gameplay is the reason behind the buggers’ popularity.
Lemmings was never an easy game to begin with, especially on the harder difficulties, but it’s almost unbearably difficult on the NES, thanks to the controls. Lemming tasks can’t be executed as quickly on an NES controller as they can on a standard mouse. Earlier stages are enjoyable, but watch out for anything on “Tricky” difficulty and above. Also, to my old, tired eyes, the Lemmings have never looked more pixelated and abstract. I could make out the basic Lemming shapes and guide them to where they needed to go, but nothing beyond that. As a puzzle game, Lemmings is aces, but I’d recommend looking elsewhere for your fix. Perhaps the Lynx?
C
The following two tabs change content below.