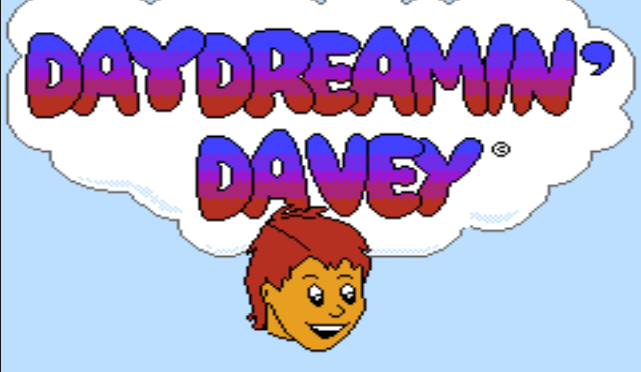 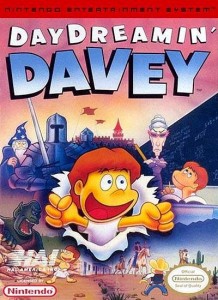 Rest assured, Davey took his anti-depressants for this game. 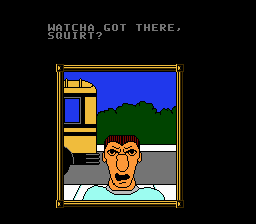 This screenshot makes me tired and sad.

O, how wretched you and your daydreams are, Davey. The plot consists of a pointless series of events in Davey’s school life. In the first level, for example, Davey’s pencil has been stolen by a bully. Instead of fighting the bully directly, Davey falls asleep (right in front of the bully?) and turns into a knight in a forest. You wander around, killing things and acquiring new weapons and armor, until you run into a very large knight. Three solid blows and the level’s over. Once the knight’s dead, Davey wakes out of the daydream with his pencil in his hand, and the bully running away. The knight was the bully, sure, but why did Davey care so much about his pencil? We live in America where pencils come in packs of ten for a dollar. Perhaps Day Dreamin’ Davey is also Poverty Stricken Davey? Crude visuals, botched controls (A+B to jump!), and derivative platforming round out Davey’s narcilepsy. Day Dreamin’ Davey is a Zelda clone where you collect items, slaughter random enemies, wander through lackluster environments, then awaken only to move to the next scenario (Davey falls asleep in class!) and do it all over again. Perhaps if Davey could stay awake for more than five minutes at a time, his daydreams – indeed his life – would be more interesting.