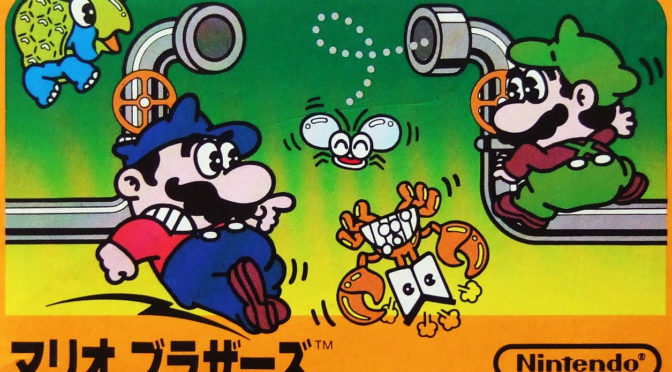 YOU’LL BE HOOKED ON THE BROTHERS 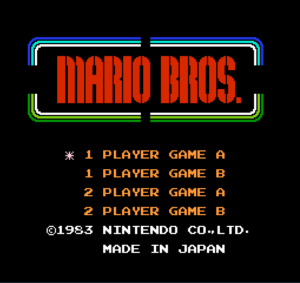 Hang onto ya seat.

Mario Bros. showcases Mario and Luigi at their blue-collar best. In this – their first co-headlining game – they’re labeled plumbers, though neither brother plumbs anything. There are no deep toilet excavations, no using wrenches to connect one pipe to another. Rather, the bros. smash their heads into platforms to stop turtles, crabs, mutant flies, and ice shards in their tracks. Despite each brother’s robust physique, one mere touch of these sewer menaces plummets them downwards into the murky abyss. Once an area is clear, Mario and Luigi move on to the next round of skull-crackery until an abundance of concussions forces them into early retirement. 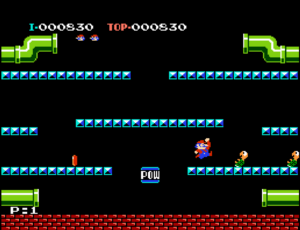 Or, perhaps, an alternate ending. 10 hours a day, 6 days a week, phase after phase after phase. It’s understandable that the boys would start hallucinating after awhile. Pipes lead to unknown realms. Luigi won’t respond to Mario’s “What’samatta yous!” The turtles form their own coalition known as the “Koopa Troopas.” One turtle in particular gets really big and mad. He carries off Mario’s girlfriend through a pipe and into a fantasy land known as the Mushroom Kingdom. Mario’s upset, sure, but the Kingdom itself isn’t so bad. Fresh air, sunshine, chipper music. Here, Mario’s a god, Luigi is second-rate, and all is as it should be. The boys never showed up to work again.

LUIGI REFUSES TO DO THE MARIO 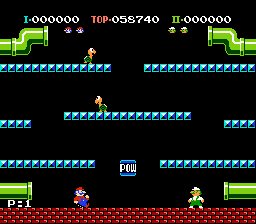