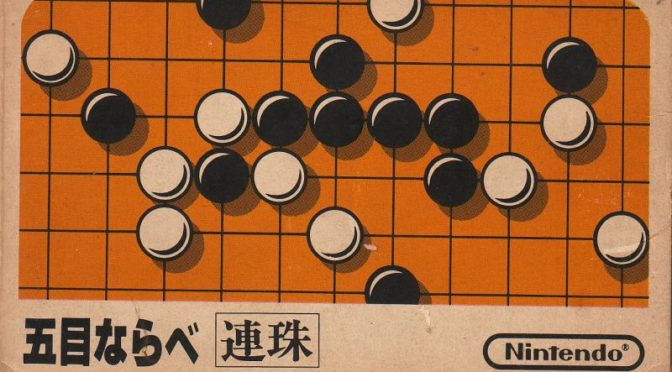 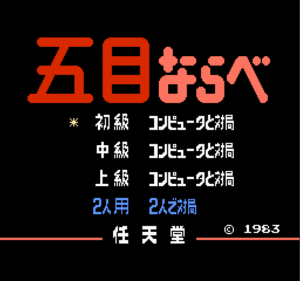 Donkey Kong, Donkey Kong Jr., and Popeye were the only Famicom games on the market for a solid month between July and August of 1983. Sure, two of those games are top-notch entertainment, and I’m sure the lack of other titles boosted their sales, but… nothing else, Nintendo? Surely the parents who just spent ¥14,800 on a brand new Famicom would appreciate more adult fare? 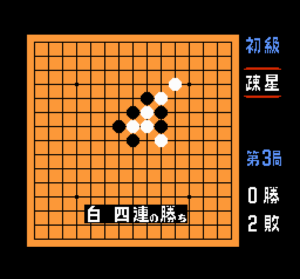 Contemplate and you shall receive. The next two Famicom titles released were Gomoku Narabe Renju and Mahjong, two games geared towards an older demographic. Gomoku Narabe – known as Five in a Row – is a simple title where you connect five black or white dots together in a vertical, horizontal or diagonal row. The phrase “renju,” according to Romhacking.net, “refers to the professional rules that make the game more difficult for the black player (who always goes first) thus making the chance of victory more even for both players.” Alrighty then. 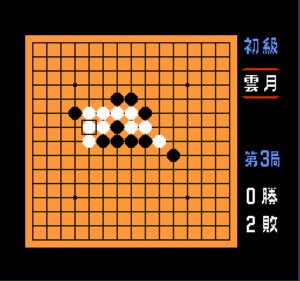 Basically, you connect your own tiles, you block your opponent’s connection, they block yours, the dance continues until one of you wins. Imagine Othello without the added layer of strategy (no flipping over your opponent’s tiles, just connecting), and that’s about it. Depending on your fondness for connecting things, Gomoku Narabe Renju is fun for ten minutes or ten hours. The game isn’t a terribly deep experience, but it is better than Popeye. 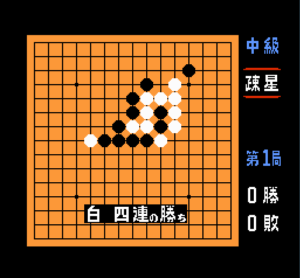