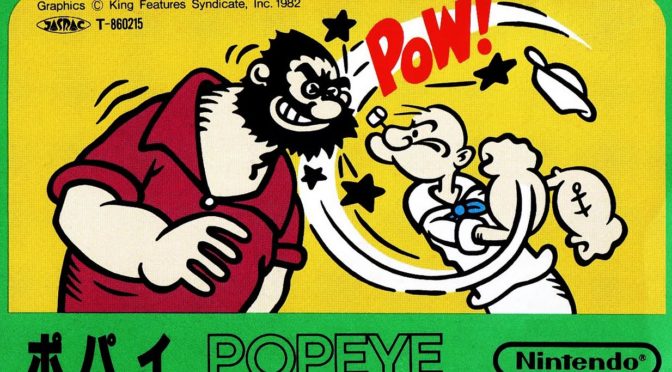 HE MAY OR MAY NOT LIVE IN A GARBAGE CAN 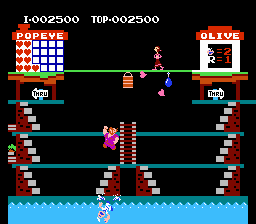 Even if you enjoy the spinach-eating misadventures of Popeye the Sailor Man, Popeye is an inconsequential title and the least of its Famicom launch brethren. You play as the titular character, tasked with collecting items – hearts, musical notes, and the letters H-E-L-P – that Olive Oyl tosses down from the top of each stage. She doesn’t need to be rescued, per say. These are cries for attention and for whatever reason, Popeye is happy to comply. In your way is the jealous Brutus (or Bluto, depending), also desperate for Olive Oyl’s affections. Unless Popeye eats some spinach and is able to defend himself, one touch from Bluto will send him flying around the stage. 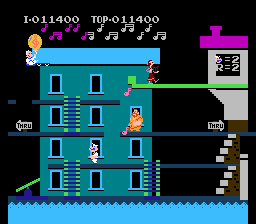 Swee’Pea cries softly in the distance.

If you successfully avoid Bluto’s bullying and collect all of Oyl’s leavings across the game’s three stages, the whole affair repeats in a maddening loop. This repetition was acceptable and expected for a game released in 1982, but that doesn’t mean I have to like it. Indeed, the Nintendo-developed Popeye feels like a dramatic step backwards from the company’s own Donkey Kong. Popeye can’t jump, avoiding Bluto gets tiresome, and gathering Olive Oyl’s crap just isn’t fun. 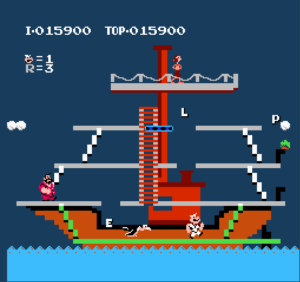 Popeye can’t get a break.

Despite their best efforts, Popeye and Bluto can never do enough to fully satisfy Olive Oyl. Better to just leave her be and go find a better game.

THE BELL TOLLS FOR THEE, POPEYE… 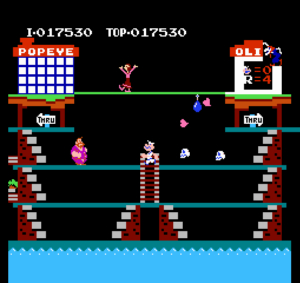