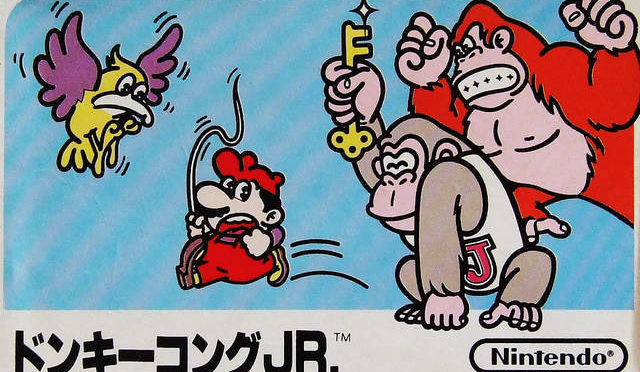 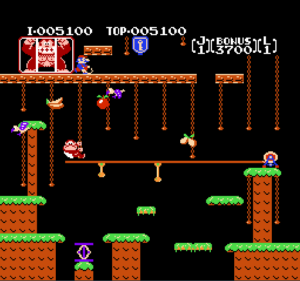 More bounce to the ounce.

After the events of Donkey Kong, Mario drops the mic and throws Donkey Kong into a cage for kidnapping Pauline. Rather than just giving DK to a wildlife rescue and calling it a game, Mario flaunts DK’s capture in front of his child. This is abhorrent behavior, far worse than Donkey Kong’s male posturing in the original. One could argue DK was acting out of instinct when he took Pauline to the top of those construction sites. Mario’s just a spiteful jerk.

While Mario’s busy choking on his own rage, Donkey Kong Jr.’s pluck carries him through the game’s tricks and traps. Adorned only in a white onesie, he climbs across vine after vine with grace, panache, and a surprisingly sunny disposition. Just look at that winning smile as he scoots up the vines. Sensational! 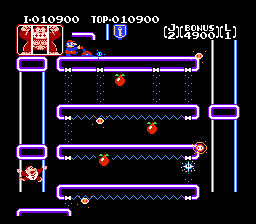 “Another glorious day!” Donkey Kong Jr. exclaimed to no one.

DK Jr.’s winning personality and stronger stage design makes Donkey Kong Jr. the superior of the two classic DK games. The 2nd and 4th stages in particular take full advantage of DK Jr.’s simian characteristics and are a joy to play. Unlike the original DK, Donkey Kong Jr. is also a complete experience, with all four stages from the arcade intact on the Famicom version. Sure, you won’t be spending any long hours with this one (unless you travel back to 1983 Japan and DK Jr. is all you got), but hey, at least Mario gets his. 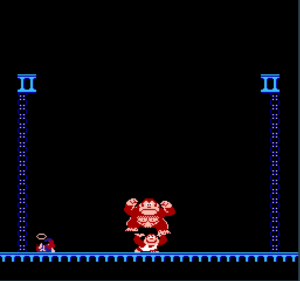